adesso continues its international expansion: new subsidiaries in the Netherlands and Hungary

In future, the IT service provider adesso will have a presence in the Netherlands and Hungary in addition to its existing locations. The two new European offices are located in the capital cities, Amsterdam and Budapest. They will work on rolling out the adesso Group’s successful portfolio of services in the Dutch and Hungarian markets.

adesso will rely on two experienced IT managers to help it establish its new foreign subsidiaries. Jan Heuker will take on the role of Managing Director in the Netherlands. In the past, the 44-year-old has worked at Sopra Banking and Atos Consulting, giving him considerable experience in the fields of IT consultancy and project management. Most recently, he managed the introduction of core banking systems at Dutch banks. Banking is also one of the first areas that Heuker and his team will focus on as they work to establish adesso in the Netherlands. The Amsterdam office will be involved in the ongoing adesso project for the roll-out of a central core banking system at Rabobank, which is based in the Netherlands. 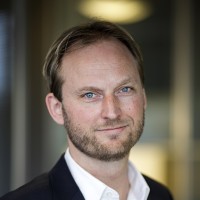 Jan Heuker is responsible for the activities of the new Dutch adesso subsidiary in Amsterdam.

Business will also be cultivated in adesso’s focus industries, insurance and manufacturing, in the Dutch market. Customers in the energy and telecommunications sectors will also be addressed by sales in the first stage of expansion.

adesso’s other new national subsidiary in Hungary has started business in Budapest. It is headed by Professor Udo Bub, who previously held management positions as a Managing Director and Vice President in the fields of IT and digitalization, for example at EIT Digital and Deutsche Telekom. As a professor of IT, Bub (49) teaches and researches on subjects such as microservices and ICT architectures, with applications in the areas of artificial intelligence and Industry 4.0, at Eötvös Loránd University Budapest (ELTE).

Those connections to the high-tech and innovation scenes will help adesso Hungary position itself as a leader in those areas and recruit qualified IT graduates locally, and thereby rapidly increase the number of staff at adesso’s branch office in Budapest.

The experienced IT and innovation expert is particularly positive about the strong presence of German companies in Hungary, which could make it significantly easier to attract new customers. Udo Bub comments: “German businesses are very well represented in Hungary. For example, leading German automobile manufacturers are established in the country, along with their suppliers, while telecommunications companies and major German trading groups also have production operations and locations in Hungary. They include numerous companies that adesso already has established, trusting relationships with in Germany.

With adesso Hungary and Netherlands, adesso is now represented in nine European countries. In parallel with that European expansion, the formal preparations for the transformation of adesso AG into the internationally recognised legal form, SE (Societas Europaea), are also underway.

The addresses of the adesso Group’s new foreign subsidiaries are as follows:

Do you have any questions? 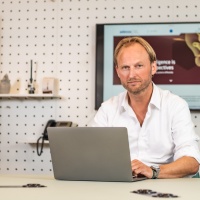 Jan Heuker, Managing Director, is looking forward to hearing from you!

Looking for a job?

Here you find all our jobs at a glance.